In the pecking order of vietnam hanoi transport the car is King followed by the motorbike, the cyclist and then the pedestrian who is the lowest life form and must walk along many roads as the pavements are full of parked motorbikes. Getting around is never a problem as there are cyclo riders all over the old quarter offering their services as well as countless men standing around with motorbikes offering to take you somewhere.

The constant hassle from these people becomes quite wearing after a while and the day we left Hanoi was not a sad one as we were heading for Vientiane in Laos which has got to be the world’s most peaceful capital city with no hassle at all which was such a relief after Hanoi.

Most of the time in Hanoi you’ll be walking around the Old Quarter and the streets adjacent to the Hoan Kiem Lake so you won’t need any transport. However, you might want a ride over to the Ho Chi Minh Mausoleum complex so take one of the following:

Typical Hanoi Transport As mentioned above the cyclo drivers will never be far away and a nice idea to get your bearings on arrival might be to take a cyclo for about an hour which takes you on a tour of the Old Quarter. This shouldn’t cost you more than about 30,000 Dong ($2 US), in fact you’ll be approached by some riders offering ‘One Hour for One Dollar’.

We took a cyclo over to the Ho Chi Minh Mausoleum. Before leaving we’d agreed a price of 35,000 Dong (just over $2US) for this journey but after seeing the poor old bloke move our two heavy bodies across the city we paid him 50,000 Dong (just over $3US) and told him to keep the change. A $1US tip to us is nothing (even though it represents 50%) and for the hard work the rider has to do to earn a pittance he certainly earned it.

Some travellers would disagree with these comments, arguing that such behaviour fuels inflation for future visitors. A fair point but I’d argue that some prices in vietnam travel are just too low and these poor cyclo riders deserve more for their efforts. We’re all entitled to our opinion.

This is certainly the quaintest form of Hanoi transport and well worth the journey just for the experience.

There are plenty metered taxis around which are exteremely cheap, just be sure that the meter has been reset when you start. For safety on the streets of Hanoi this is the best choice for getting around (though the cyclos seem fine as they go so slow).

Once you’ve seen the madness on the roads you’ll understand why taking the offer of a ride from a local standing on a street corner isn’t the safest option. They’re just as cheap as a cyclo but not recommended. If you’re comfortable with this form of transport then feel free to wave down passing motorbikes who will usually be glad to take you where you’re going for a small fee.

Not a worthwhile option. There are buses around but working out routes is complicated as well as knowing where to get on and off so it’s better to stick with the other options. 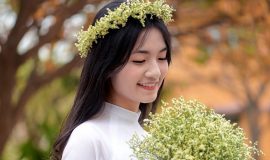 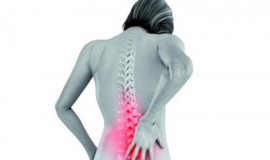